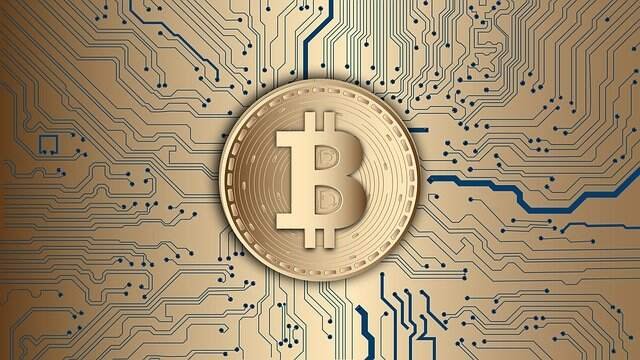 What is a Blockchain?

It is a decentralized digital ledger. It is a collection of blocks which are interconnected with each other and hence is known as blockchain.

The next thing we are going to discuss is how blockchain works step by step.

Block chain consists of interlinked blocks. Each block stores certain amount of data and the remaining data is passed on to the another block.
In every block 3 main things are there :

Why blockchain is considered very secure?

Because of the arrangement as explained above, it makes it very easy to track the history of data and prevent it from changing and hence maintains the uniqueness.

When someone tries to change a particular block, the hash of that block changes which will not match with the other hash in the chain sequence, so the information becomes irrelevant.

The next layer of security is “Proof of work”. Under this there is a fixed time defined to change a block which is generally 10 minutes. So whenever someone tries to change the information in the block he has to give a proof that he has spend 10 min to do so. A Blockchain consists of millions of block which means if someone has to manipulate data of that Blockchain he has to give proof of 10 minutes for each which is next to impossible.

Another added layer of security is that when a change is made in a block, it will ask for voting from all other members in that Blockchain and when majority of the members agrees then only that change is accepted. And this is known as Consensus Rule.

The next thing is people ask lot of questions like can blockchain be traced. So let’s discuss that also.

However the main thing to note and understand why people say that no one can track you on blockchain is because most of the technology like Bitcoins and other crypto currencies do not need “Know Your Customer” KYC to use their platform so your identity is not revealed. A person can track from which wallet the transaction has been made but he can’t track the real user of that wallet.

How blockchain is changing finance ?

Banks earn revenue by charging transaction fees on every transaction which can be eliminated with the use of blockchain. In an economy central banks are the regulators of money in the market but with block chain their dependency will not be there. It adds an extra layer of security as this technology is very difficult to hack. There is no need of conversion which means it can be used for any transaction. In traditional method to buy things in USA you need Dollar , in India you need Rupees, but with bitcoin you can purchase things in USA as well as in India. However, there are serious concerns about blockchain in finance. Since it is growing so fast, not enough regulations have been framed to avoid it’s misuse. Also in this technology no KYC is required so chances of financial abnormalities will be there. So overall the developers still need to work on these areas.

Are blockchain developers in demand ?

Blockchain has got tremendous popularity in recent years and because of that the demand for block chain developers are very high. The demand has increased for more than 1000% and it will continue to rise. Since the technology is new so very few people are opting for it and because of which its demand is going up and up. Also Blockchain developers get 150-200% more salary than the traditional developers. If you are in search of a good skill set to aquire give a thought of becoming a block chain developer.

Are blockchain and bitcoin the same ?

Are blockchain and cryptocurrencies the same ?

No both are different. Crypto currencies uses blockchain technology to function.

How blockchain will change the world ?

Blockchain has opened a new doors ranging from virtual reality to Crypto finance to gaming everything. So definitely it’s going to change the world. It works on a decentralized platform which means it’s going to end monopoly of various companies in different different sectors. It will be more transparent and all the details will be available to the public. It has already started creating revolutions in the fields of security, finance, digital property, gaming, and business models. It’s fast growing rate and billion dollar market is a proof that in upcoming days a lot of things are going to change with blockchain.

What blockchain are NFTs on ?

In general NFTs are held on Ethereum Blockchain Technology. There are other blockchains also but the most popular one is Ethereum.

What blockchain does Coinbase use ?

Where blockchain data is stored ?

Since blockchain is a decentralized platform so there is no central point of storage of data rather it is stored across all the systems across the network. The technical name of these systems are ‘Nodes’ .

The blockchain was developed by Satoshi Nakamoto in 2008.

Why blockchain is bad ?

While blockchain is expanding its domain and market there are certain things which needs to be worked upon. The first is use of KYC to legally identify a person on the network. The second is proper regulations to manage all the things. With its high pace of development, the policies governing good practices are not developed up to the mark.

I have tried to explain the Blockchain Technology in as simple way as I can. If you liked this article please share it with your friends and help them understand this new trending concept of Block chain.