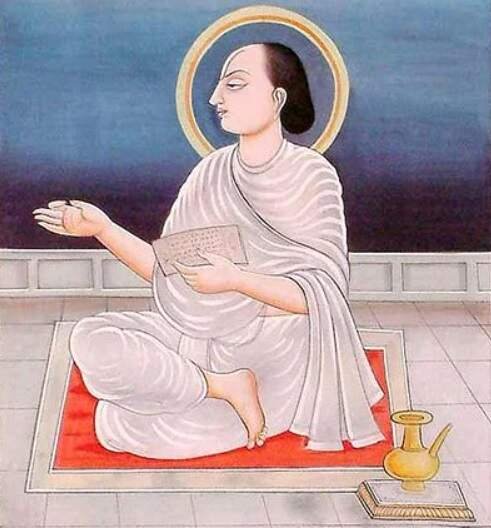 Many scholars and saints throughout India’s history have discovered the route to god and devotion. Mahaprabhu Vallabhacharya was one of these saints. He was a well-known philosopher who established the Pushti sect in India’s Braj area. Vallabhacharya was a devout follower of Lord Krishna, according to legend. He became a significant element of the Bhakti movement in India because of his devotion and connection to Krishna. Vallabhacharya Jayanti is celebrated on Krishna Paksha Ekadashi of Vaishakha month of the Hindu calendar, which is his birthday.

Shri Vallabhacharya Ji was born to a Telugu Brahmin family in Kashi in 1479 A.D. He was born on Krishna Paksha Ekadashi in the month of Vaishakha, according to the Purnimant lunar calendar used in North India. Shri Vallabhacharya was also born on Krishna Paksha Ekadashi in Chaitra month, according to the Amanta lunar calendar. Varuthini Ekadashi is the day on which he was born.

Varuthini Ekadashi is the birth anniversary of Shri Vallabhacharya. Every year on the eleventh day of the Krishna Paksha (Full Moon) in the month of Vaishakha, Varuthini Ekadashi is observed. Devotees worship Lord Vamana, Lord Vishnu’s fifth avatar, on this day. Varuthini means shielded or armoured, which is why this Ekadashi is auspicious since it leads to a wealthy life.

Why Vallabh Acharya Jayanti  is Celebrated ?

The day is commemorated because it is widely believed that Lord Krishna appeared to Shri Vallabhacharya on this auspicious day.

Vallabhacharya is reported to have noticed an uncommon phenomenon at Mount Govardhan, which is associated with Lord Krishna in Hindu mythology, while travelling towards north-west India. He noticed a cow delivering milk every day at a certain point on the mountain.

Vallabhacharya decided to dig the precise location one day and discovered the Lord Krishna’s idol buried beneath. The god is reported to have come in front of the saint and hugged him for his devotion. The Pushti sect has worshipped the ‘Bala’ or young image of Lord Krishna with tremendous devotion since that day.

Lord Krishna is regarded as the ultimate God, and it was thought that his blessings might assist any human being in achieving Moksha. As a result, Vallabhacharya, one of the most prominent Vaishnava saints, introduced and justified worshipping Lord Krishna in the guise of Shrinathji. Every year, devotees of Shri Vallabhacharya and Lord Krishna alike celebrate Vallabhacharya Jayanti with tremendous enthusiasm and zeal because of this fact.

How Vallabhacharya Jayanti is celebrated ?

The temples are attractively decorated with flowers all over on this day, and Lord Krishna’s Abhishekam is performed early in the morning, followed by a nice Aarti. All day long, bhajans and songs in the honour of Lord Krishna are sung. Throughout the day, people worship Lord Krishna and special prayers, speeches, and yajnas are held. Then, on a rath and a form of Jhanki, representations of Lord Krishna are rotated towards every residence in the streets of Shri Vallabhacharya’s devotees.

Finally, Lord Krishna’s Mangal Abhishek is performed, and Prasad is distributed to all of the temple’s followers. On this day, shri Vallabhachara’s great literary works are remembered and celebrated. These are written in both Brij and Sanskrit and are available in both languages.

This jayanti is mostly observed on Varudhini Ekadashi, which falls in the Krishna Paksha of Vaishakh month in North Indian calendars and Krishna Paksha of Chaitra month in Tamil calendars. It is primarily a Hindu holiday that is observed across the country, particularly in Gujarat, Maharashtra, Chennai, Uttar Pradesh, and Tamil Nadu.

On this particular day, no traditional forms of ceremonies are being done. Even though fasting is not required, many people do so throughout the day. On this day, special prayers and chants are offered for Shri Vallabhacharya. His teachings are disseminated through popular talks among believers. This festival is observed with great devotion and faith in Shri Vallabhacharya and Lord Krishna.